The Evergreen Park Racing Club 2019 stable of horses is filling up.

Why Frank, Mu Samurai Warrior and Mon Mousse will be flying the Club’s colors as the horses finish up their time in Ari 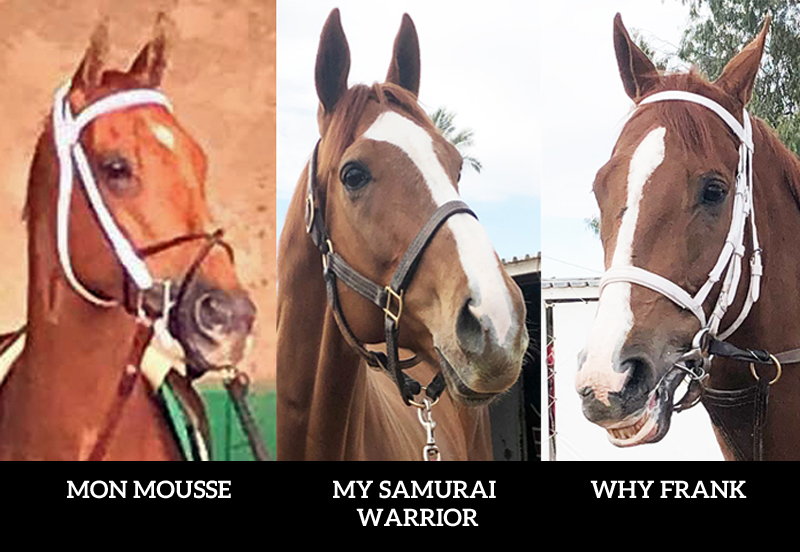 “The plan is to race them once more in Phoenix, ship them to Edmonton in early May and then have them ready for The Horses At Evergreen Park in Grande Prairie in July and August,” said Tremblay.

All three are stabled at Turf Paradise in Phoenix, Arizona and two of them will be racing there next week.

Why Frank has raced five times this year with a second, two thirds, a fourth and a fifth in five races with $4,757 in earnings.

He was foaled on April 29, 2009 in Kentucky and has competed in some prestigious races including the Cotton Fitzsimmons Mile (third place) and Luke Kruytbosch Stakes (second). All but one of Why Frank’s races have been at either Turf Paradise or Canterbury Park in Minnesota.

Five of those starts came this year with s second and a third and $2,829 in earnings.

Turf Paradise has been Mon Mousse’s home for most of the last two years, but the horse has also raced at Golden Gate, Los Alamitos, Sacramento, Santa Anita, Fresno, Santa Rosa, Oak Tree and Stockton in California.

Club members will get to cheer on, and place bets on, two of the horses next week as they appear on the screens at the Pines Restaurant & Casino from Turf Paradise.

Memberships in the Evergreen Park Racing Club 2019 are just $250 and can be obtained online at www.evergreenpark.ca Information on the Club is available by calling 780-532-3279.

This is the third year for the Club. In its initial year members got to visit the winner’s circle four times and last year three times.

Members hoping to get a live look at their horses before The Horses At Evergreen Park can do so by travelling to Edmonton where the new Century Mile track will be opening near the Edmonton Airport on April 28.

More in this category: « Sky Promise Up For Big Award And They're Off! »
back to top
© 2015 - 2020 Evergreen Park | Alberta Website Design by Saltmedia